In Loving Memory of Clint Willour 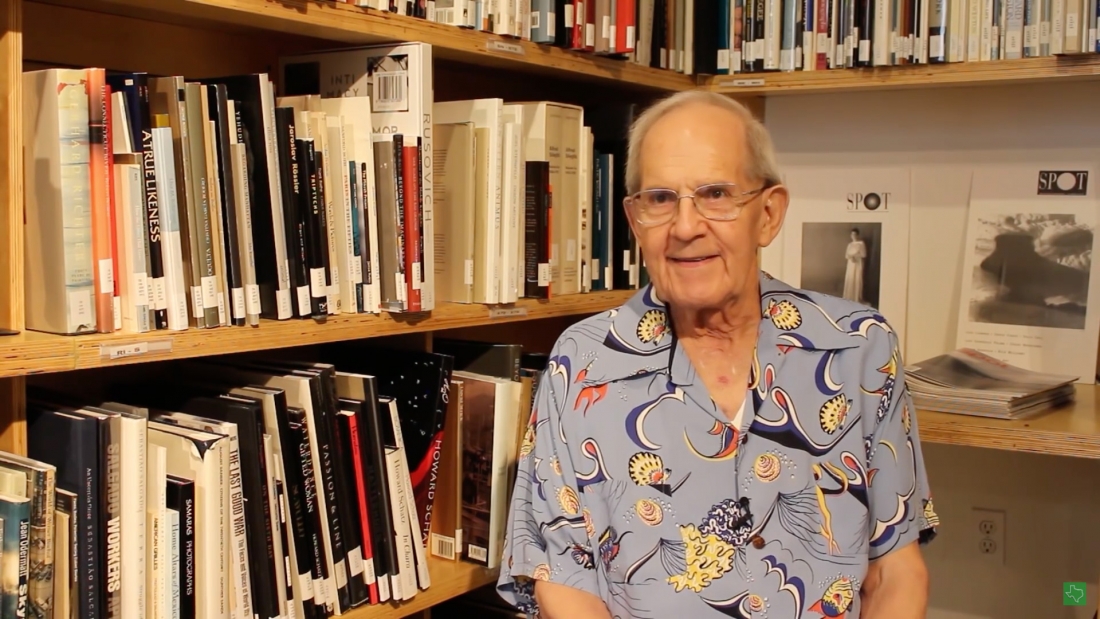 With Mr. Willour’s death, Texas’ art community has lost one of its smartest and most knowledgeable supporters. A pluralist who was also very discerning, Mr. Willour will be remembered by those who knew him as a sharp wit with a compassionate and loving heart.

Clint Willour was born in 1941 in Colorado Springs, Colorado, and was raised in Shelton, Washington. He initially attended Whitman College (he wanted to go to Reed College, but said that it was “too liberal for [his] parents,”) and then transferred to the University of Washington, Seattle, where he majored in English Literature with the intention of finding a career in printing or advertising

Mr. Willour is survived by Reid Mitchell, his husband and life partner. The two met in 1981, and were married in 2015 in a ceremony at Moody Gallery.

Ultimately, Mr. Willour accomplished his mission, as he explained to Glasstire: “My mission was to show the best art being made in the region by artists living and working in the region or projects made in the region.” He appreciated art’s complexities, but also recognized that art is simply good for the soul. As he told Glasstire: “If it is just beautiful and makes you happy, that’s probably really the best thing.”

Throughout his nearly 50-year career, the impact Mr. Willour had on the transformation of Houston into a destination for art cannot be overstated. He arrived in the city in 1970, when its contemporary art scene was fledgling, and his ethos and generosity continued to influence on the city’s museums, nonprofits, and galleries until his death.

Mr. Willour is perhaps best known across Texas for his 25-year stint as curator at the Galveston Arts Center (GAC) a nonprofit, non-collecting art space located in the port city. During his tenure as curator, from 1990 to 2016, he oversaw multiple exhibition spaces in the building and organized the Galveston Art Walk into a successful, regular event. At GAC, Mr. Willour gave many Texas artists their first institutional exhibition opportunities; he would include young artists alongside Texas stalwarts in group shows, and would also give the building’s gallery spaces over to artists for their first large-scale solo exhibitions.

By Mr. Willour’s own calculation, he organized 469 exhibitions and showcased about 4,000 Texas-based artists at GAC. For many exhibitions he partnered with the Texas’ other regional museums and nonprofits, meaning that his shows traveled and had extended lives in El Paso, Corpus Christi, Beaumont, San Antonio, and other cities. Mr. Willour told Glasstire in a 2016 video that he believed he had been involved in 1,000 exhibitions over his career, either as a juror, a curator, or a co-curator.

It’s a staggering number, and likely accurate and reflective of the work Mr. Willour put into all of his endeavors. To this point, Anne Wilkes Tucker, the Museum of Fine Arts, Houston’s former Curator of Photography, and a longtime friend and collegue of Mr. Willour, told Glasstire:

“Clint put the Galveston Arts Center on the map. Prior to Clint’s tenure, the GAC had shown a variety of national artists, but Clint decided to concentrate solely on contemporary artists from Texas. Time and again I would look at artists and photographers’ resumes, and their first show, and at times their first catalogue, would have been at the Galveston Art Center.”

Mr. Willour is also widely recognized for his gifts to Texas museums, particularly the Museum of Fine Arts, Houston (MFAH). His passion for art collecting started early. His collector origin story is this: when he was in college in the 1960s, he was interested in art, which brought him to Seligman Gallery in Seattle. There he came across a monoprint by the artist Mark Tobey. Though the artwork was $500 — expensive for a college student — Otto Seligman, the gallery’s namesake, allowed him to buy the piece by paying in $50 monthly installments.

“Clint Willour was a tireless champion of artists, a fixture of the Houston scene, and celebrated both nationally and internationally. Across five decades he could be seen at every museum, gallery, and alternative space opening, on the lookout for young talent, but also steadfast in his encouragement of more established artists. His first gift — a screenprint by Thomas Downing — came to the Museum of Fine Arts, Houston in 1976; two years later he underwrote the purchase of several photographs, launching what would be a life-long partnership with the institution’s photography department and an abiding friendship with curator Anne Wilkes Tucker.

“He signaled to then director William C. Agee his long-term intentions, stating ‘this is only the first of my contributions to the Museum.’ Ultimately he supported the acquisition of some 1,500 works of art spanning many departments, with his greatest generosity devoted to Photography; Prints and Drawings; Modern and Contemporary Art; and Decorative Arts, Craft and Design… In the truest sense, Clint was both a friend and mentor; every curator could count on his sound and ready wit, and he inspired us always to do our very best.”

Along with his commitment to the MFAH, Mr. Willour also donated works to other museums and collecting institutions. In Texas, these includes the Menil Collection, the Art Museum of Southeast Texas, the Old Jail Art Center, and the Amon Carter Museum of American Art; out-of-state institutions include the Seattle Art Museum, Tacoma Art Museum, and the Henry Art Gallery in Washington, and the Portland Art Museum in Oregon.

Reprinted with permission from Glasstire.